Another hiker has died trying to reach the magic bus, the bus made famous by the 2007 Sean Penn film Into the Wild, starring Emile Hirsch.  That’s the headline from two days ago out of Healy, Alaska.  If you’re a reader of this blog you’ve almost certainly either read the book or seen the film.  If you haven’t, welcome to the internet.  The film tells the story of Christopher McCandless, a Georgia native who leaves home to travel and adventure throughout the U.S., eventually ending up in Alaska.  McCandless hikes out into the wilderness, finding “the magic bus”, an abandoned Fairbanks City Transit bus, that he calls home for the next several months, and eventually in which his body would be found after he apparently died of starvation.  This most recent death of Veramika Maikamava, 24 of Belarus, is sure to stir debate and controversy around the question of whether access should be granted to such places and to all people.  On the one hand, Alaska is all about freedom, even if that freedom means risk to life and limb—or, in this case, death.  On the other hand, hiking out to such a place unprepared is just.  Plain.  Stupid.  Should we enforce a prohibition to such places?   Should the bus, as one opinion from one publication has it, “be burned down”?

There was a time, some years ago, that my immediate reaction to a story like this would have been something like, “We need to shut this shit down”, or “What the hell were they thinking?”  My thinking has evolved since then.  It’s important to note some of the details of the McCandless death.  First, according to Krakauer’s book, McCandless had done a fair bit of preparation and did not simply walk out into the wilderness with nothing more than some bottled water and ramen noodles.  I believe the most crucial mistake McCandless made was abandoning or not taking a map: “If McCandless had walked a mile or so upstream, he would have discovered the that river broadened intoa  amaze of braided channels.  If he’d scouted carefully, by trial and error he might have found a place where these braids were only chest deep” (Krakauer 170).  In another passage, where Krakauer returned to the site, he points out a crucial difference: “Unlike McCandless, however, I have in my backpack a … topographic map.  Exquisitely detailed, it indicates that half a mile downstream, in the throat of the canyon, is a gauging station that was built by the U.S. Geological Survey” (173).  Half a mile!  A map would have almost certainly saved McCandless’s life.  Not smart.

So far, the information on the current incident seems relatively sparse: a newly wedded couple from Belarus were hiking out to the “magic bus”, while crossing a river, the wife, Veramika Maikamava, 24, was swept up in waters that were unusually high due to recent rains, lost her footing, her grip on the rope, and drowned.  It’s not clear, based on several articles, how much gear they were carrying or how prepared they were, but The Washington Post reports that they had run low on food after two nights at the bus.  I reached out to a friend and fellow Instagrammer Jeff Yanuchi (@akstampede), who lives not far from the Stampede Trail.  I was curious what his take was, and how difficult it was to get out there.  Here’s part of what he had to say:

If you are skilled at Alaska backcountry travel, specifically river crossings, the hike is doable any time of year. That said, there can be times when the Teklanika is not crossable, especially at the trail crossing. That crossing was put in for equipment, not people. Good scouting skills crossing a cold, swift glacially fed river are required.

Readers can find his full response here.  For those who have clicked on the WaPo link, it doesn’t look like either of the newlyweds possessed the river-crossing or scouting skills Jeff mentions as necessary.  Nor, by the way, did McCandless.  The river crossings are the most dangerous part of getting out to the bus.  I also asked Jeff how difficult the hike was, and how much gear one needed to get safely out there and back.  He rates the hike, excluding river crossings—of which there are two, as “moderate”, and suggests taking about four days of food for the journey.  He estimates the out-and-back hike to be around thirty-five miles beginning at Eight Mile Lake.  For more serious or accomplished hikers, this might be done in a single day, or two.

Yanuchi is also quick to point out that more people have died on other hikes in Alaska than on the way out to or at the bus: Flattop Mountain, for instance, or Mount Healy.  Yanuchi was there to help in the recovery of two bodies from Mount Healy.  He is a New England transplant to Alaska, but also a local with a great respect for and knowledge of the land.  He raises sled dogs, lives on the tundra, grows his own food with his family; he is a ranger, a father, brother, husband, son; he and his wife built their cabin with their own hands and for years ran gear with their dogs up to climbers on Denali.  He’s been out to the bus and knows what he’s talking about.  He also asked that I mention his striking resemblance to Brad Pitt, which I have honored here.  Oh, and on a serious note, he worked on the film Into the Wild.

The conversation, then, should not about whether or not the bus should be removed, prohibited, or, as one opinion has it, “burned down”; the argument ought to be about preparedness.  Every hiker should be prepared on every hike; in a place as wild as Alaska, even more so.  Accidents happen.  To the best of us.  Anything can happen on any hike in the outdoors: equipment fails: gps signals get lost: animals attack: people wander off ill-maintained trails: some succumb to heat-stroke: people fall, sprain, strain or break things.  Where will the prohibitions stop?  Is there a test one must take?  “Sorry, you’re too fat.  Sorry, you’re not fit enough.  Sorry, you don’t look like a hiker.   Sorry, that pack doesn’t look expensive enough.”  The outdoors necessarily involves risk.  I believe that’s one of the reasons people are drawn to outdoor activities and adventure sports.  Say what you will about these sports—kayaking, rock climbing, mountaineering, thru-hiking, mountain biking—but danger is part of draw.  In some ways, danger is part of the spirit and definition of adventure.  Of course, like many things, danger exists on a spectrum.  When I take my kids out, the only real danger is probably a cut or a scrape from a fall in the woods.  When I go out on my own that danger increases.  In my previous post I wrote about how one of my last hikes turned bad, I succumbed to dehydration, heat stroke, hunger, etc.  All this despite the fact that I was hiking only 5.5 miles, had nearly 96oz of water in my pack, sunscreen, a little food, etc.  Sometimes, shit just happens.  So let’s change the conversation from one of prohibition, to one of education and preparedness.  Shit gonna happen; hater’s gonna hate.  Get out there anyway. 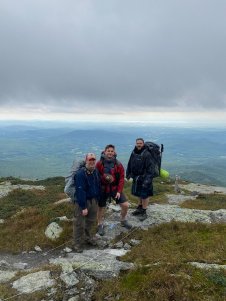 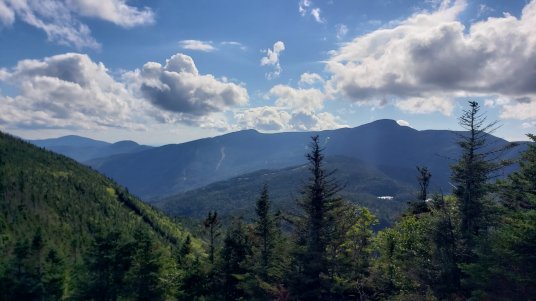 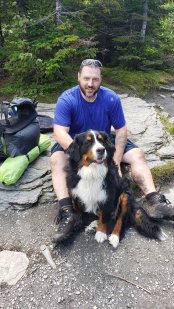 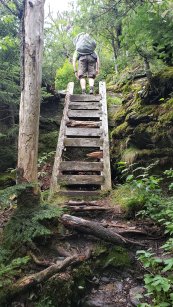 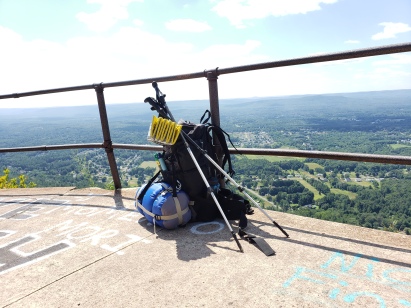 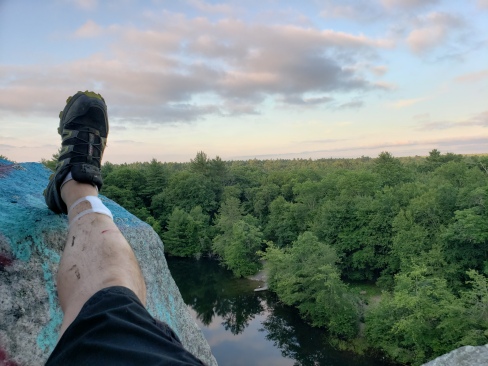 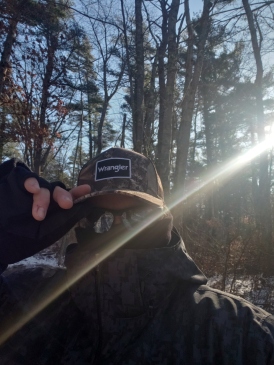 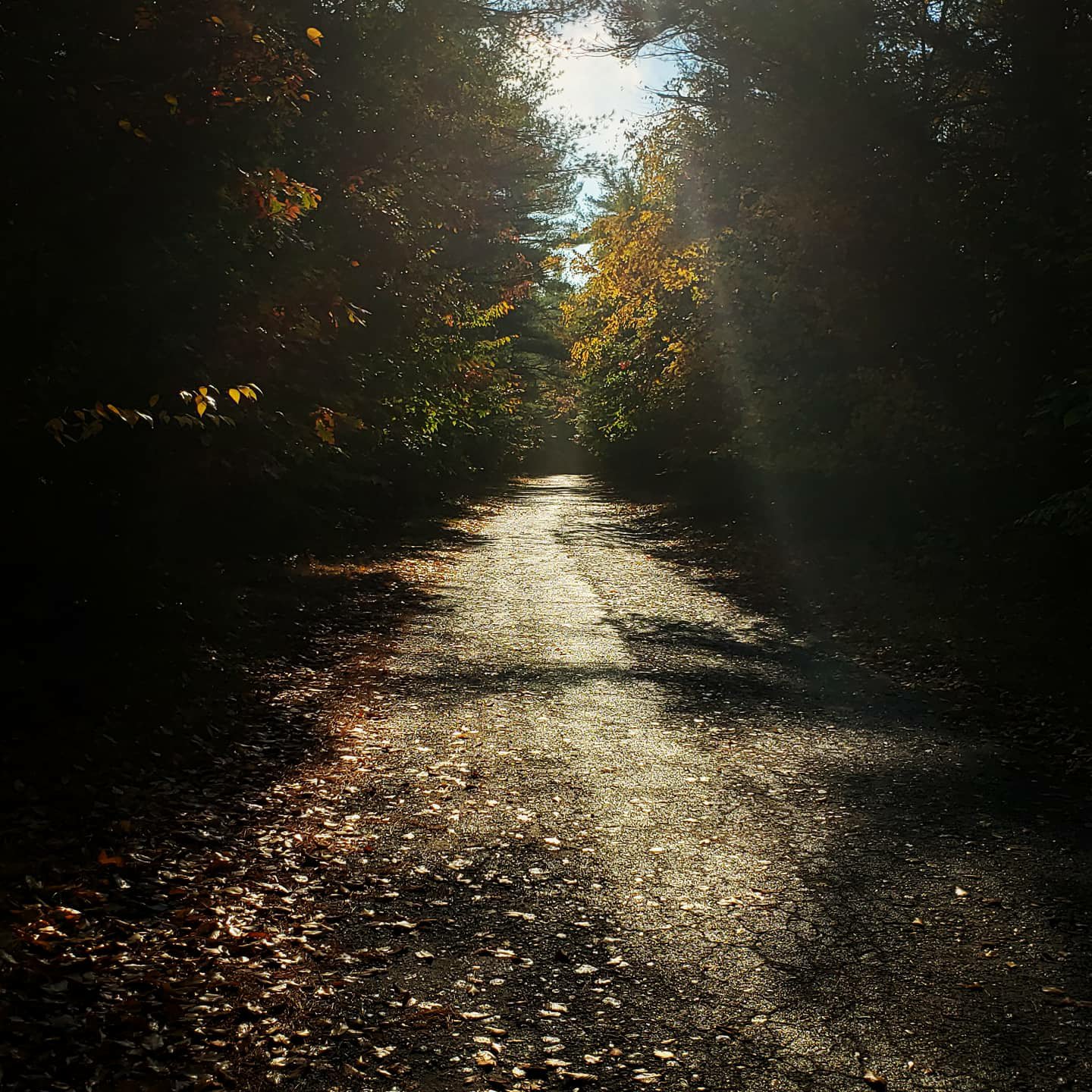